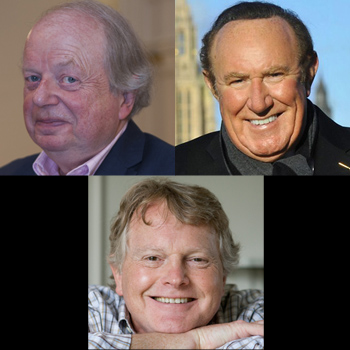 Traditionally a busy month, March proved to be so again with a diary full of Awards events and Annual Dinners.

Andrew Neil spoke at an Annual Dinner in Central London, Nina Conti performed a ventroloqist cabaret set for a client at the Park Plaza Westminster and John Sergeant spoke at the launch of Calibre Quarterly`s Man of the Year Dinner; elsewhere, House of Cards author and producer, Michael Dobbs spoke in Westminster.

On the awards front, both Marcus Brigstocke and Rory Bremner spoke at major events in London and Ed Byrne entertained at a private awards ceremony for a client in Milton Keynes.