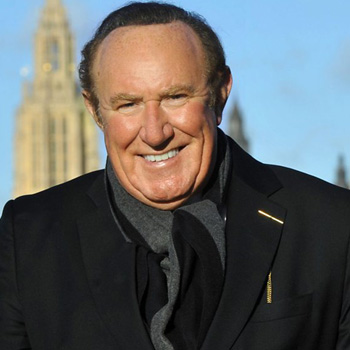 Andrew Neil is a Scottish journalist and broadcaster. Neil made his name at The Sunday Times where he was editor for 11 years. In 1995 he was made editor-in-chief of the Press Holdings group of newspapers, owner of The Business and (from 2005) The Daily and Sunday Telegraph and The Spectator magazine. Press Holdings sold The Scotsman in December 2005, ending Neil's relationship with the newspaper.

His early career, following an MA in Political Science at Glasgow University, was political adviser to the Secretary of State for the Environment in Edward Heaths Conservative Government. He specialised in housing policy, regularly briefing ministers and members of parliament.

During this time he started writing for The Economist, a magazine he ended up editing in the early 80s, and presenting a variety of programmes for both the BBC and ITV.

In 1983 he became editor of The Sunday Times and remained editor for 11 years (until end 1994). He developed the newspaper into the undisputed 10-section market leader (which it remains today), breaking many scoops and putting the paper into the midst of many controversies in the process. It built a global reputation as one of the world's foremost newspapers.

Between 1988 and 1990, he was Executive Chairman of Sky TV, overseeing its successful launch in the UK, and helping to cement his reputation as one Rupert Murdoch's closest advisors.

As a business consultant, he is involved in European digital television developments and advising on the acquisition and development of a number of publications.

He is in demand as a speaker lecturing on British and European politics/economics and on the impact of information technology on business, with special emphasis on the opportunity and challenge of electronic commerce, on which he has advised companies such as Microsoft, IBM and Compaq.

Since the mid 90's he was a fixture of BBC political coverage, presenting the daily Politics Show and This Week, a weekly political round up co hosted with Michael Portillo and Dianne Abbott.

His new venture is becoming the Chairman of GB News, the biggest news TV channel to launch in the UK since Sky News 30 years ago which launches this year. He will be presenting a nightly News Programme.