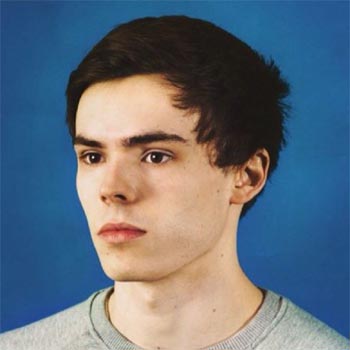 Rhys is a precociously talented young, up and coming comedian. He's already wowed critics on both the London scene, and during runs at the Edinburgh Festival and has enjoyed residences at the Soho Theatre, often combining comedy with poetry to devastating effect!

Still in his early 20s, he has already appeared on a number of TV programmes including Mock The Week on BBC2, Sweat The Small Stuff on BBC3 and Seann Walsh's Late Night Comedy Spectacular on BBC3 while writing credits include Russell Howard's Good News, 8 Out of 10 Cats and Mock the Week. His show ˜Rhys James Begins‘ was a total sell-out at the Edinburgh Fringe and the Soho Theatre. He appears again at The Soho Theatre this year with his new show "Wiseboy" and also has a new Radio 4 show "Rhys James is.. Privileged".
A bit hit at Latitude recently and at the Edinburgh Fringe for the last two years he performed his classic combination of stand-up comedy and definitely-cool-and-not-pretentious poetry much to the delight of his audiences.
"Sickeningly talented young stand-up"  Time Out
"Destined for great things ....  Charismatic, clever and self-aware"  The Guardian
"A cut above his humdrum peers"  The Independent
Read More

Rhys at our speaker drinks in WMV Format