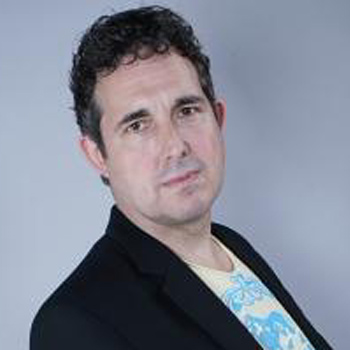 Nick has been a performing magician for over 20 years and during this time he has been at the forefront in making magic popular both in the corporate and private markets, establishing himself as one of the UK's leading magicians.
Traveling countrywide and Internationally, Nick's laid back, engaging and friendly style has seen him employed by companies, organisations and individuals around the world. He has performed to audiences across different continents and at venues ranging from Premiership football clubs to Buckingham Palace. His clients have included royalty, Heads of State and major celebrities.
His style of magic is equally wide ranging so whatever an event needs, Nick can deliver.
Whether it's close up, cabaret or after dinner magical entertainment Nick will engage, confound and fascinate.
As a team building magician, who can really inject an element of fun into a corporate day, Nick teaches new skills and divulges some of the secrets of influence, charisma and showmanship developed and used by magicians.
No matter how big or small an event or party, Nick will make the occasion special.
With his distinctive style, gentle brand of humour, audience participation and baffling magic, Nick is able to amaze and amuse and form a fun relationship with his audience that will create a lasting impression on all that see his act.
Nick is also a presenter/compere who has been booked by various companies for presentations, awards ceremonies and corporate videos.He has appeared on television both as a magician and as a personality in his own right, featuring in TV commercials for Vauxhall, Wimpy and Walkers. He has also presented products on shopping channels.

"Please pass my thanks onto Nick for the entertainment on Thursday night. Our guests were all very pleased!"  Nick performed his close-up magic at the Payroll World Awards for Athene Publishing - October 2012