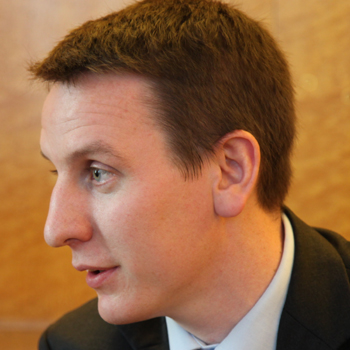 Jon White is an inspirational speaker, leadership consultant and property developer.
Jon grew up amongst the Royal Marines, his father served for 25 years and Jon attempted entry as a Commissioned Officer at 17 but was unsuccessful. A few months later he re-applied successfully and started Royal Marines Young Officer Training in 2002 aged 19.
The Commando Training Centre Royal Marines, Lympstone is considered to be one of the finest leadership training establishments in the world. The training is tough: it engenders values and standards that set the graduates up for success through the rest of their lives both in the military and civilian worlds.
Jon graduated and completed several tours as a Troop (30 men) Commander and Company (100) Second-in-Command before specialising as a Mountain Leader. The 9 month course is considered to be the toughest that the British Military has to offer: it gives its graduates the skills, robustness and confidence to lead by example in the most demanding situations. He then did a short operational tour in Afghanistan as a Liaison Officer for the Harrier Force and high level ground commanders. His final military command was of 40 Commando's Reconnaissance Troop. It was whilst on patrol in Afghanistan with his Troop that he stepped on a Pressure Plate Improvised Explosive Device and lost three limbs.
Since June 2010 he has been on the road to recovery, continually seeking new challenges and proving that a strong will and sharp mind can overcome almost anything. His completion of the Devizes to Westminster Kayak Race in April 2012 epitomised this. He and his colleague Colour Sergeant Lee Waters Royal Marines, completed the race in just over 28 hours and were awarded the Gluckstein Trophy.
Jon decided that he was not going to roll over and give up but quite the opposite. He was going to live his life to the full and since the incident in June 2010 he has done just that. From learning to walk again, getting married, becoming a dad, completing the 125 mile Devises to Westminster Kayak Race and building his own Grand Design house and starting his Leadership Consultancy, he now enjoys sharing the journey he has been on with others as a inspirational speaker.  He is a Professional Member of the Professional Speakers' Association.
He speaks on:
"The Art of the Possible"  an inspirational fifteen minute after dinner speech delivered without notes or slides.
"A Grand Design - The Why and How"  a half hour presentation on Jon's house build.
"Forgive and Be Happy - Be Happy and Be Successful" is Jon's trademark inspiring forty minute presentation covering his early career, passions, the explosion and the recovery.
"We've supported H4H for the last three years at our industry awards event, so we needed a speaker who could make a real impact. The extraordinary thing about Jon is that you don't feel sorry for him. He is so focused on what he can do rather than on what he cannot do. He is a great example to the vast majority of us who use pretty pathetic excuses for not doing those things we know we should. I would happily recommend Jon to anyone looking for a speaker for an event who will stop them in their tracks and make them rethink." - Clive Waller CWC Research
"His story is remarkable, the way he tells it with honesty and integrity is both humbling and inspirational at the same time. Feedback across the business has been unanimously positive and Jon's story has helped the team think about how they might be more courageous or employ greater conviction in both their working and private lives." - Fiona Hornsby Commercial Director Birchwood Price Tools
"Jon White is a real person and a real hero. He has an incredible attitude for life and is a true inspiration to all of us! How he has dealt with such a set back in his life and channelled this misfortune into such a positive, is truly incredible. He has a story that must be heard. I know no one that can inspire and galvanise a group of people to better and higher things than Jon. He gives you the belief that anything is possible with the right frame of mind!"  - John Carter CEO, Travis Perkins Group PLC - 2013
Read More