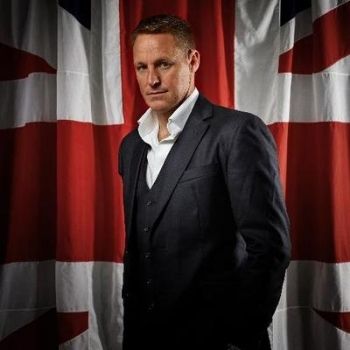 Paralympic icon and former world record holder Danny Crates is widely considered one of the greatest British disability athletes of all time.
After losing his right arm in a horrific accident in 1994 at just 21 years old, Danny was determined to overcome this huge hurdle in his life, focusing on the future and regaining his positive attitude. With utter determination, Danny found his way back onto the rugby field within 6 months and shortly after into Paralympic sport, quickly dominating and famously winning gold in the men’s 800 metres T46 final at the Athens 2004 Paralympic Games, a year which also saw him set a new world record. It was the highlight of a 12-year glittering career that saw Danny win every major title in the sport, including the World Championships, European Championships and Paralympic World Cup.
Since retiring from international athletics, Danny continues to build on his reputation as a leading motivational/inspirational speaker in the world of business and sport, delivering keynote presentations around the world that leave his audience motivated and inspired to achieve their goals and targets, both personally and within business.
Alongside his Keynote speaking and event hosting he runs a successful performance business called 1404 Performance. He is also a regular on TV, covering large sporting events including Tokyo 21 this year where he will be working on the athletics coverage.
A master storyteller – Danny’s experience as a corporate speaker shines through. He is dynamic and presents with warmth and humour, quickly captivating his audience.
Danny is also a published author of his motivational autobiography “Danny Boy” which was voted best sports book in the Evening Standard.
Danny tailors his presentation for his audience and transfers his Paralympic success into results for them, whether it be overcoming hurdles, aspiration, high expectation, change management, optimising personal performance and excellence, goal setting, teamwork or building exceptional results from failure.
During this current period Danny can deliver "virtual" speeches and currently offers presentations titled "No hurdle is impossible to overcome". Some of the topics he covers are:
Read More