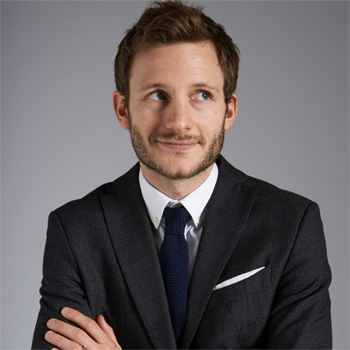 Chris is one of the newest and most exciting acts to hit the comedy circuit. His wholly original social commentary, observations and anecdotes are his trade mark. He brings intelligent material as well as simple immature jokes to any room.
Chris Martin came to the Edinburgh Fringe as a newcomer in 2011. His success is not a common story for many young beginners in the world of comedy. Garnering fantastic reviews throughout the festival, he sold out every single seat of his month's run, adding several extra dates to keep up with ticket demands. Since then he's appeared on Dave's One Night Stand (on the Dave Channel) and has supported the likes of Jack Whitehall, Terry Alderton and Pete Firman on tour.
He returned to Edinburgh as one of the most exciting up and coming comedians in the country, with a brand new show in which he explained how to wind up squirrels, showed the techniques required to confuse a pervert and explained how not liking cheese will lead to violent abuse.
Since his career began not so long ago, Chris has several other television appearances under his belt including Best Ever 3D Moments (Channel 4), Great TV Christmas Moments (Channel 5) World Cup's Most Shocking Moments BBC3) and Most Annoying People (BBC3). He has earned various award nominations and he also hosts a regular monthly podcast with fellow comedian Carl Donnelly, which was voted in The Guardian's "Top 10 Comedy Podcasts".
In 2013 Chris supported Milton Jones on his national tour and appeared as a guest on ITV2's new panel show 'Fake Reaction'.
Read More