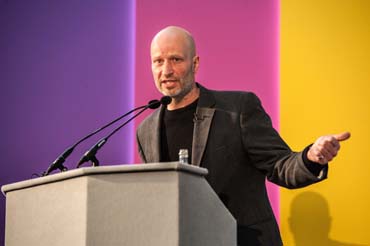 The 2014 Speaker Showcase was held at London Olympia. Giving precis of their usual speeches were record breaking Ocean Rower Roz Savage and 'We Bought a Zoo' Benjamin Mee. There was also a panel dicussion on the economy chaired by Simon Jack and featuring Ariadne Capital's Julie Meyer, Bank of Dave's Dave Fishwick and Capital Economic's Roger Bootle.

To conclude the day, we heard from We Bought a Zoo's Benjamin Mee