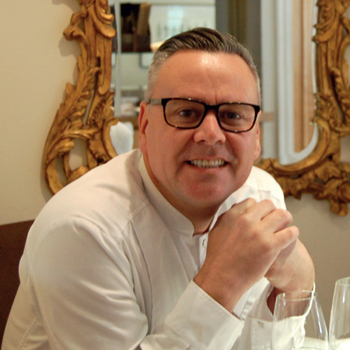 Tony started cooking professionally at the age of 14 when he worked in the kitchens of a pub/restaurant in Warwickshire.

He soon became hooked on cooking and studied for two years at Stratford-upon-Avon Catering College followed by 18 months in the kitchens of The Chester Grosvenor. He then moved to London to join the brigade at the Capital Hotel under head chef Brian Turner.

This was followed by five years with Nico Ladenis. Tony started off at Chez Nico in Battersea and later became sous chef at Simply Nico in Westminster. When Ladenis opened Chez Nico in Great Portland Street, Tony stayed behind as head chef at Very Simply Nico for two-and-a-half years.

Tony then had a very successful 25 years at his own restaurant Tony Tobin @ The Dining Room in Reigate, specialising in exquisite fine dining.