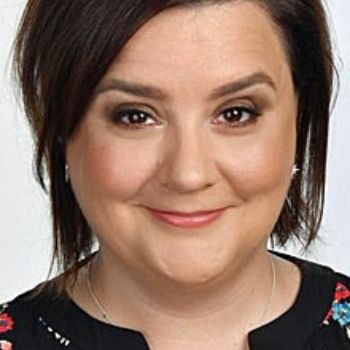 Glasgow-born comic Susan Calman's infectious bubbly manner coupled with a caustic edge makes her certainly one to watch, and her set can yield comedy gold.
The feisty Glaswegian gave up a lucrative career in corporate law to become a comedian, actress and TV Presenter. With appearances on intelligent radio programmes like The News Quiz", The Unbelievable Truth" and "TheNow Show" prove that she made the right move and her 7 years at University were not entirely wasted!
She has been seen on "Have I Got News for You" and on Jason Manford's Comedy Rocks" (ITV1).Susan has also appeared with Rab C Nesbitt (BBC2), on How Not To Live Your Life (BBC 3) and in Taggart (STV) A Scottish Bafta winner for Channel 4 Comedy Lab Blowout". Susan has also twice been nominated for Chortle Awards. Firstly for sketch group Ugly Kid" and then for Best MC".  She didn't win either but is totally fine about it - because it's the taking part that counts.
Resident MC at Scotland's famous Stand Comedy Clubs, Susan is also the host of 'Funny Friends' (BBC Radio Scotland) in which she interviews notable comedians on their lives and careers.  She was also often heard sitting in for Fred MacAulay on his BBC Radio Scotland breakfast show.

In 2017 she appeared on "Strictly Come Dancing".
Most recently Susan could be seen hosting "Great British Menu" on BBC Two.
Susan has hosted a number of events and custom-writes after dinner speeches for some of the most prestigious organizations. She continues to be in demand with high-profile clients for her unique combination of legal expertise and quick-fire wit.  Recent clients include Famous Grouse, Halifax Bank of Scotland, Women in Industry and Law Society Scotland.
Calman fizzed manic energy, alternating between confessional tales and playing with facts she teased out of the audience"¦a perfect start to a fun-filled evening" - Edinburgh Evening News
Calman can wring humour out of an Asda chicken and bacon bake"¦ Sharp, warm and massively entertaining, Calman's show is not one to miss if you take your pleasures seriously" - Chortle
Read More