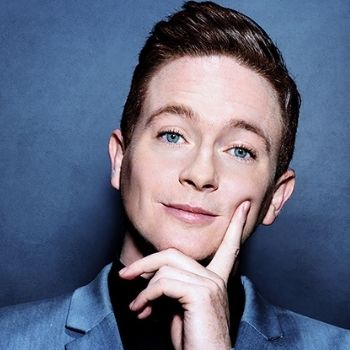 'Guilty pleasure' (Daily Record), Stephen Bailey is a comedian, television personality and writer, whose friendly and open brand of gossipy humour has made him one of the most sought after acts in UK comedy today. He is 'annoyingly sharp' (The New Current) and audiences relate to his sassy style as he takes to the stage with 'fantastic natural wit and charisma' (Edinburgh Festivals).

He was the host of Celebs on the Ranch (5Star), Celebs On The Farm (5Star), the resident Agony Uncle on Zoe Ball on Saturday/Sunday (ITV) and a series regular on Big Brother’s Bit on the Side (Channel 5).

He has supported Katherine Ryan & Jenny Eclair on their UK tours and has guest hosted Sunday Takeover on Virgin Radio, featured on The Art's Show with Jonathan Ross on BBC Radio 2 and was named one of Attitude Magazine's Top 100 Bachelors of the Year.

A vocal supporter of LGBT rights, he regularly contributes articles to Attitude magazine and the Huffington Post, which made him the perfect choice to host Stonewall's 25th Anniversary Party.

As well as being a working-class, ginger, gay, northern comic, he is also a black belt in Tae Kwon-Do, has a degree in Languages AND loves a conspiracy theory (preferably involving a celebrity  and a cucumber).