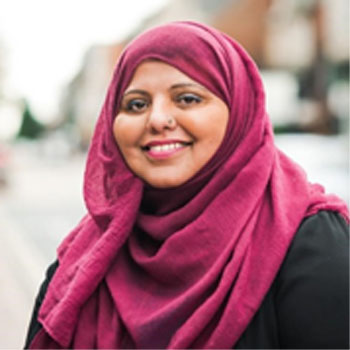 Shaista has worked as a communications specialist for a number of international organisations including Amnesty International, Doctors Without Borders (MSF) and Oxfam. She has also worked extensively across the Middle East, Pakistan, East and West Africa.

Shaista's writing and journalism has been published in many international publications including The Guardian, Globe and Mail, Huffington Post and New York Times.

Shaista contributed to the 2017 anthology, The Things I would Tell You, British Muslim Women Write and she is currently writing her own tome, to be published by NorthWest University Press.

Shaista is the founder of the anti-racism, anti-bigotry digital platform, The Everyday Bigotry Project and is co-founder of the Women's Advancement Hub, WAH, Pakistan.

Here are some of the highlights of Shaista’s public speaking events last year.