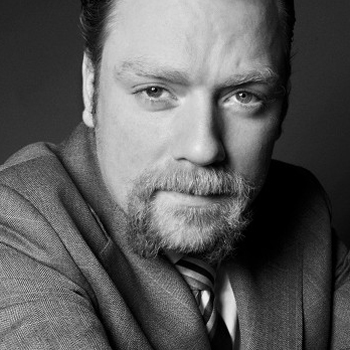 Rufus Hound's career has encompassed comedy, acting, musical theatre and presentation as well as being the owner of a very fine moustache.

His credits include Argumental, Thank God You're Here, Richard and Judy and The BBC's Glastonbury and Reading festival coverage. He presented the final Top of The Pops and is a regular on panel shows for Dave and BBC3. In 2010 he took part in the BBC's Sports Relief, and performed as Cheryl Cole to great acclaim and hilarity - the lady herself was even said to be a fan.

As an actor, Rufus appeared in Think Tank on E4, and as the producer in bad-taste-TV-show-idea-brainstorm internet short Life's A Pitch.

A regular comedy correspondent for BBC London he has also presented Teenage Diaries on Radio 4 and  was a finalist in C4's So You Think You're Funny competition at Edinburgh.

He's also worked for the Science Museum - writing, producing and performing technology shows to a wide and varied audience.

In 2014 he starred with Robert Lindsay in the West End musical Dirty Rotten Scoundrels.