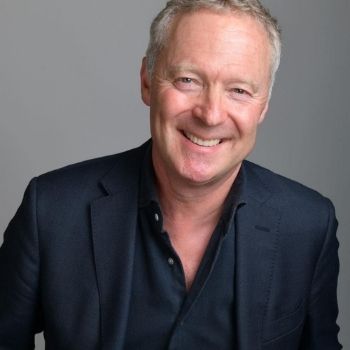 He turned his hand, or should that be feet, to Strictly Come Dancing, and regularly appears on TV and Radio, as a performer as well as presenter, while early TV credits includeSpitting Image, Whose Line is it Anyway, Have I Got News for You, Mock the Week (where he was team captain for two series), The News Quiz, The Now Show, 7 day Sunday and QI. He appeared more often than any other guest on both Wogan and Parkinson. He often features on The Andrew Marr Show, where he reviews current political events through his many characters.

With John Bird and John Fortune, he also wrote and appeared in numerous specials, including Between Iraq and a Hard Place, My Government and I and Silly Money, and a book, You Are Here, published in 2005 ('a stockpile of satirical ammunition'- Daily Telegraph).

He has made documentaries on Scottish Soldiers and Diaries for BBC4, traced his family history on Who Do You Think You Are (BBC), explored his own self-diagnosed ADHD on Radio 4 and starred in the hugely successful 2011 series of Strictly Come Dancing with partner Erin Boag. He does live tour shows, often with Jazz Performer Ian Shaw and comedienne Hattie Heyridge, and in 2011 began a new satirical show for Radio 4, Tonight, with Andy Zaltzman.

Meanwhile, he's translated three operas: two from French, Carmen (2001) and Orpheus in the Underworld (Scottish Opera, 2011) and one from German (Der Silbersee,1997) together with the Bertolt Brecht play A Respectable Wedding (Young Vic, 2008). He is a regular contributor to The FT, The Telegraph, The New Statesman and Radio Times, for whom he has interviewed Michael Parkinson and Sir David Frost.

When not working (hollow laughter) he enjoys travel, opera, cooking, sport (especially cricket- he had a 1985 Top 20 hit as 'The Commentators' with N.n..nineteen not out) and motor racing - he owns a 1963 Alfa Spyder and is a regular site on F1 grids.

Married to the artist Tessa Campbell Fraser, with two daughters, Ava and Lila, he divides his time (badly) between London, the Costwolds and his new family home in the Scottish Borders.

'Rory exceeded our/the clients' expectations in all regards and they're now his biggest fans!'