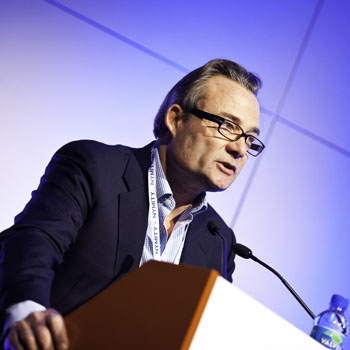 Richard Watson is an author, lecturer and scenario thinker.
Founder and editor of www.nowandnext.com, a website that documents global trends, Richard has worked extensively on scenario planning projects in Australia and the UK, having been introduced to the discipline by Napier Collyns, one of the founders of Global Business Network (GBN) in San Francisco.
Richard is the author of Digital Versus Human (2016), The Future: 50 Things you Really Need to Know (2012); Future Vision: Scenarios for the World in 2040 (2012); Future Minds: How the Digital Age is Changing Our Minds, Why This Matters and What We Can Do About It (2010) and Future Files: 5 Trends for the Next 50 Years (2007).
Richard has been a blogger on innovation for Fast Company magazine (US) and has written for Future Orientation (Copenhagen Institute for Future Studies), Retail Banking Review (Australia) and What Matters (Mckinsey & Company).
Richard has worked with many top organisations, from academic to blue chip, including; Anglian Water, London Business School, Imperial College London, Cambridge University Business School, RAND, Shell, Ministry of Defence, General Electric, IBM, KPMG, PWC, EY, McDonald‘s, Nestle, PepsiCo, Tesco, Toyota, Samsung, Virgin Atlantic and Westfield.
Outside work, Richard‘s interests include wine, cars, gardening and maps.
"Richard was brilliant!! The teams were so inspired...."  Weetabix Food Company Strategy Day - January 2017
85% of delegates at the Data Protection Congress for the International Association of Privacy Professionals, November 2013, said that Richard's keynote speech was good or great.
"It was a pleasure to have Richard, his presentation was very well received and he even took part in a last minute panel session which concluded the Day 2."  International Events Director, The Innovation Enterprise Ltd - October 2012
"The session was great really. Big success. Richard's thoughts on the future, potential scenarios and the impact on employment and HR was really exciting. Lot of positive feedback from our global HR teams."  HR Week for GE Healthcare Europe - October 2012
“Insightful and eminently quotable!  The Times
Richard joined our industry panel Where are we Now? On Tuesday 15 December 2020- click here to watch the session.
Read More