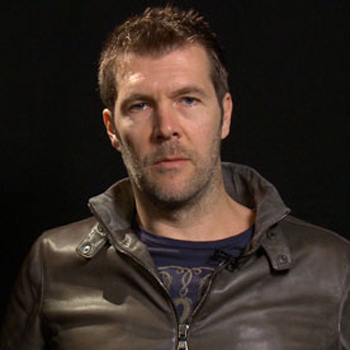 Welsh comedy sensation Rhod Gilbert has truly cemented his position as one of the UK's leading comedy talents.  A regular on TV, he has performed twice on 'Live At The Apollo' - most recently as a host, headlined Michael McIntyre's Comedy Roadshow, hosted 'Have I Got News For You' and 'Never Mind The Buzzcocks' and appeared on The Royal Variety Performance - as well as making regular guest appearances on panel shows 8 out of 10 Cats and Would I Lie To You?

In 2010 Rhod hosted his own series for BBC One: Ask Rhod Gilbert.  In this comedy panel show Rhod set out to answer all manner of burning questions from the sublime to the ridiculous with the help of special guests and regulars Lloyd Langford and Greg Davies.  The series was a huge ratings success and a second series followed.

Rhod has also written and recorded two series of Rhod Gilbert's Work Experience for BBC2, trying his hand at all manner of ordinary day jobs - from being a binman in Barry to Butler to a Lord and a Tattoo Artist.  The programmes met with great critical acclaim and the first series was awarded a Welsh Bafta for Best Factual Series in 2011.

Rhod's DVD - Rhod Gilbert & The Award-Winning Mince Pie - released in 2009 was the year's fastest selling debut stand-up DVD - selling more than 250,000 copies.  His second live DVD Rhod Gilbert & The Cat That Looked Like Nicholas Lyndhurst, released in 2010, chartied as the sixth best-selling DVD in the stand-up charts.
A multi award-winning comedian with a reputation as a first class live act, Rhod has been a sell-out sensation at the Edinburgh festival every year since 2005 and has been invited to perform at every major international festival in the world.
A former winner of Time Out's Comic of The Year, Rhod is truly cemented as one of the foremost touring acts in the country.  In 2010 he performed at the Help For Heroes concert at Twickenham stadium and in 2011 he appeared at London's O2 Arena on Ch4's Comedy Gala in aid of Great Ormond Street Hospital.
On Radio 2 his show Rhod Gilbert's Bulging Barrel of Laughs was nominated for a prestiguious Sony Radio Academy Award and his stand-up world has been depicted in a one-off sitcom entitled Rhod Gilbert's Leaving Llanbobl, based in the fictional Welsh village which has become legendary in his stand-up routines.
He presents his Saturday morning weekly radio show for BBC Wales and continues to fly the flag for Wales, fronting a TV campaign for the Welsh Tourist Board.
Read More