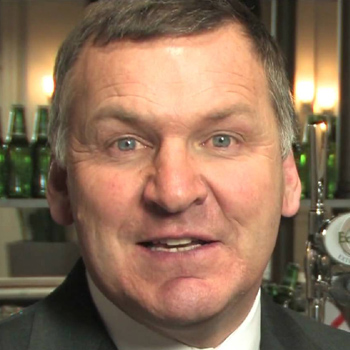 Ray Stubbs has recently signed up to BT Sports as their chief football reporter.
He has carved a successful career in sports broadcasting after playing professional football with Tranmere Rovers.  He joined Tranmere from school and played for five years before switching to an administrative role with the club. He then spent three years with BBC Radio Merseyside as a reporter and presenter.
In 1986, Ray Stubbs moved to BBC Manchester as an assistant producer, working on a number of sports including snooker, darts and bowls, as well as A Question of Sport.
He also worked as a producer, reporter and presenter on the investigative series On the Line, which sent him to Italy in 1990 to report on England football fans at the World Cup.
Later that year, Ray began working as a reporter on Grandstand, Match of the Day and Sportsnight.
He has helped to cover the last few World Cups for BBC Sport, as well as the European Championships, fronted the Football Focus programme alongside Mark Lawrenson.