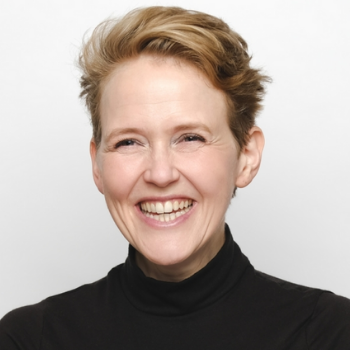 Pippa Evans is an actress, comedian and musical performer.
As well as her sell out Edinburgh Fringe shows (her 2008 debut saw her nominated for the if.comedy Best Newcomer Award, while 2015 saw her nominated for the Amused Moose Comedy Award) she is a regular on Radio 4's The Now Show with Steve Punt and Hugh Dennis where she performs satirical songs about the week's news. Other radio work includes Arthur Smith's Balham Bash, Bigipedia and Newfangle all for Radio 4.
She's also a member of the award winning Showstopper! The Improvised Musical, who have taken their critically acclaimed show to the West End and Broadway, recently winning a Tony (theatre's Oscars).

Pippa also has her alter-ego Loretta Maine, allowing her to unleash the character of a sexy and psychotic American country and western singer-songwriter!
On TV she has been part of BBC2's comedy impro series Fast and Loose, and also featured on C4's Morgana Show, BBC1's The Slammer and BBC3's Live at the Electric.
As a solo performer, Pippa has garnered a number of awards and nominations, securing finalist positions at the Funny Women Awards and the Hackney Empire New Act of the Year.
Pippa has become something of a veteran of the improvisation scene, regularly performing with established groups both on the circuit and at the Fringe. She regularly guests with Grand Theft Impro and is a core member of Scratch, the improvisation team behind the smash-hit Fringe favourite The Reduced Edinburgh Impro Show.

"Fabulously talented. Her brilliantly realized comedy shows maturity well beyond her years. Her psychotic yet sexy American singer is a thing of hysterical beauty."
Time Out

"Like Dolly Parton seen through the lens of Mike Leigh; she performs brilliantly observed songs about love, loss and violent revenge."
Guardian

“Pippa Evans over-delivers big time as a presenter. She’s smart, funny, intuitive with an uplifting demeanor that means she can easily hold the attention of the audience.  But more than this, it was the way that she completely tailored her performance to the event that meant she was a fabulous success at our retailer awards event. The song she wrote specially about specialist retailing, even down to the timbre of tune (which fitted in with the Great Gatsby theme) was impressive and highly enjoyable. She is one talented lady and I would have no hesitation in recommending her.”

“Pippa went down absolutely brilliantly and I was very impressed with her professionalism and all the research and work she had done beforehand to prepare.  Lots of staff are saying how good she was, and everyone is talking about her song! A few of my directors have also passed on their praise about her hosting, which is high praise indeed!”