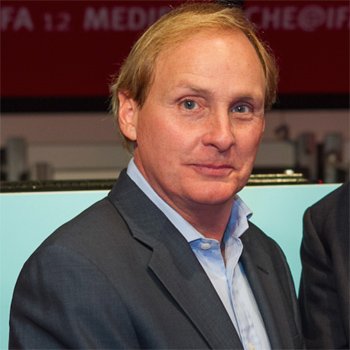 The Pitch Doctor - Paul Boross - has one mission: to help you win business.

How? By coaching you in the art and science of pitching. He shows you how to present yourself, your company and your product to optimal effect. He equips you with a toolkit of psychology, performance, communication and storytelling techniques that not only deliver commercial results, but build relationships that will keep clients coming back for more.

Paul is passionate about communication. He trained in advanced improvisation skills with Mike Myers (Austin Powers and Wayne's World) and is the resident psycologist on Sky Sports' School of Hard Knocks which takes unemployed, often former offenders, on a journey of discovery through the medium of Rugby Union. He has subsequently written a book with co host Scott Quinnell "Leader on the Pitch: Succeed in Business Leadership with the Wisdom of Rugby"

His career has seen him move from primetime TV and stand-up comedy to working on trans-Atlantic development deals, media consultancy and motivational psychology. Paul has worked with the likes of the BBC, MTV and Google (originally a small start up in California he was worried might not be able to pay the bill...20 years on they are still using him!), training executives in a range of communication, presentation, storytelling, performance and pitching skills. He has also coached several household names, including Virgin chief Sir Richard Branson, top BBC newscasters and headline comedians.

Paul can draw on a wealth of performance experience, including a 12-year stint at London's legendary Comedy Store (he was one half of a double act with Ainsley Harriot no less!), hosting the primetime BBC series Speed Up Slow Down, and hit records and world tours with his band Morris Minor And The Majors (founded with Tony Hawks with whom he wrote two hit records). This, coupled with a strong commercial grounding, has proved to be a powerful combination, enabling him to deliver effective and focused learning programmes for clients across industry sectors and around the world.

He may well have had an unconventional background, but rest assured his presentations will have a profitable and long lasting and effect on your audience.