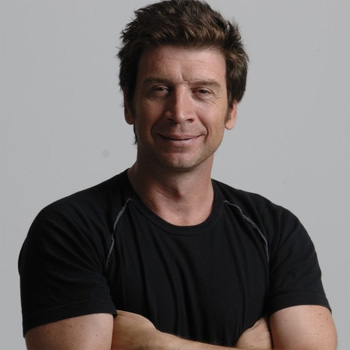 Nick started his TV career at the BBC in London. He then spent two years in Australia working for WIN TV channel 4 news room. A brief spell in Phoenix Arizona followed before he returned to the UK and the ITV TVS newsroom in Maidstone.

Reporter, producer and director, Nick was the first journalist on the scene of the Deal barracks bombing. He moved toMeridian Broadcasting as production editor and reporter  where he was asked to present  programmes. The first was Confidential was followed by TV Weekly, Entertainment Today and Put It To The Test, where he worked with Carol Vorderman.  Other programmes included Ridgeriders and Walk Over History.  He also covered sailing for ITV and SKY, including taking part in a leg of the Round the World Speed Record.
Nick's career progressed with 5's Company on Channel 5; Straight Up - a political Sunday programme for ITV; The Great Escape for BBC; City Hospital; Find a Fortune and Holidaymaker . He piloted two weeks of Housecall for BBC and Trading Up before appearing on BBC's hit show DIY SOS with viewing figures of 8 million.
Two series of UK's Worst for the BBC set record viewing figures for an investigation programme at 7 million. The quiz series Judgemental added to Nick's broad range of shows.

A trip to Nairobi for Comic Relief in 2003 produced an extraordinarily touching report which showed this former rugby player's softer side.
More series of DIY SOS followed. In 2004 Nick went to Zambia where he shot a heart rending report for Sport Relief and in 2005 he returned to Zambia to see the effects of the aid from Sport Relief.
2006 saw series 12 of DIY SOS and a series of live shows from 'Behind Bars' on daytime TV from Cardiff prison.

In 2007 here Nick Knowles and Major Ken Hames took fifteen apprentices through six weeks living in the African bush providing security, a wildlife reserve and safe drinking water for the Samburu people in a drought hit region of northern Kenya.
Nick also made a memorable film about orangutans for the BBC's Saving Planet Earth and a series of wedding programmes for BBC1 called The Big Day.
Nick brought in new year 2008 on TV with Mylene Class and 2009 with Kate Silverton.
Read More