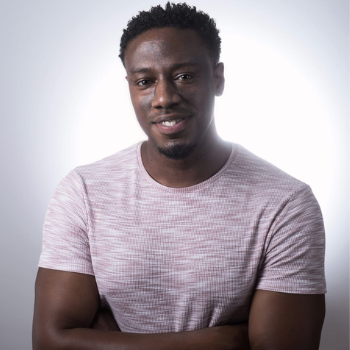 Nathan Caton’s charismatic and laidback style of stand-up has seen him become established and celebrated on the comedy circuit. Regarded as one of the best comics in the UK, Nathan’s award-winning combination of personal and topical anecdotes has led to appearances on Live at the Apollo, Mock The Week, Don’t Hate The Playaz, Channel 4’s Comedy Gala, Russell Howard’s Good News, Sorry I Didn’t Know, House of Games, Guessable, CelebAbility and his own series, Gran Jury. Nathan is also a well-known voice on BBC Radio 4 with appearances on The Now Show, The News Quiz and his sitcom, Can’t Tell Nathan Caton Nothing.

Nathan has a sitcom in development and was nominated for a Royal Television Society award for his writing on the hit children’s series JoJo & Gran Gran.

A huge football fan, Nathan has also appeared several times on BBC’s The Premier League Show, The Football’s On and released his own podcast, Nathan Caton’s Football Forum.

Chortle Student Comic of the Year 2005

Live At The Apollo (BBC1)

Clare In The Community (BBC Radio 4)

Living With The Enemy (BBC Radio 4)