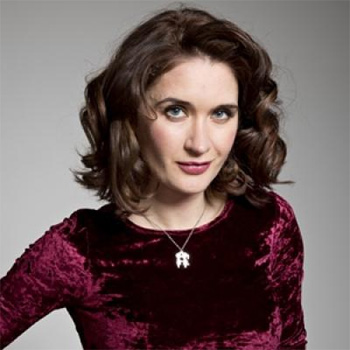 She reached the finals of 'Funny Women' and the Laughing Horse's 'New Act of the Year' competition, and appeared as part of the Comedy Zone at the Edinburgh Festival the Fringe's longest running and most prestigious showcase.

Nat is also an award-winning presenter, interviewing performers on Festival FM in Edinburgh for two years; on the Glastonbury Festival's radio station for three years, and online for Tiscali's video coverage of the Edinburgh Fringe.

Broadcast voted her one of their 'Hotshot writers', while the London Paper featured her as one of the 'Top 30 under 30 talents to watch'.

More recently Nat wrote and starred in 'Girl Friday', a comedy showcase for Channel 4 made by Objective Productions

She took her debut stand-up show, 'In My Head I'm A Hero' to the Edinburgh Festival in August 2010.

Nat is also a member of acclaimed sketch group Jigsaw alongside Dan Antopolski and Tom Craine. The group received rave reviews at the Edinburgh Fringe 2011 and appeared on the prime time BBC Three comedy show hosted by Russell Kane.

Nat Luurtsema is definitely an original thinker. Her inventive, witty routines demonstrate a wonderfully warped logic, taken to the limits of imagination. Chortle