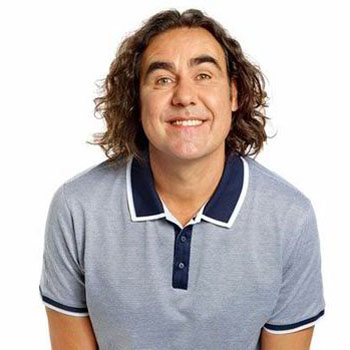 East-end born and bred stand up comedian, Micky draws on his background as he ruthlessly deconstructs the Cockney Myth with razor sharp observational wit.
He tells a comic tale of a working class upbringing, where alphabetti spaghetti is a luxury. Micky has come a long way since then, thanks to a university education he is now a rare delight an intellectual cockney.
He has headlined at The Comedy Store, Jongleurs, The Glee Club, The Monday Club, The Stand and at The Boat Show.
He's appeared on BBC 1's Michael McIntyre's Road Show, 'Laughter For Life' on Channel 4;  BBC Radio 4's 'Arthur Smith Show'; 'Hoot' (Bravo)  and he is an 'Out to Lunch' regular on Radio 2.
Live appearances include The Comedy Store - Comedy Central Special; Comedy Shuffle; Edinburgh and Beyond. 'What Chance Change?' Edinburgh 2007 and at the Soho Theatre 2008; 'Micky Flanagan & Nina Conti', Edinburgh Fringe 2003; 'Big Value Comedy Show', Edinburgh Fringe 2001.
His radio broadcasts include 'What Chance Change?' (BBC Radio 4); '4 Stands Up' (BBC Radio 4); 'Alan Carr and Friends' (BBC Radio 2); 'Rowland Rivron' (BBC London Live) and with Jenny Éclair (LBC).   He has also featured in a commercial for Sainsbury's.
Read More