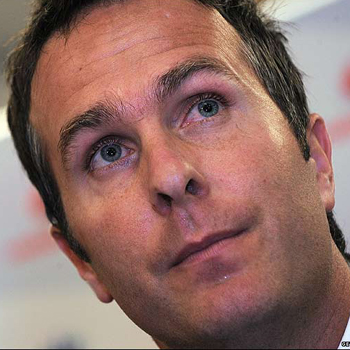 Despite the fact that his one-day record hardly matched up to his impressive Test figures, he was appointed captain of England's one-day side in time for the 2003 summer series against Zimbabwe & South Africa. He won two trophies in a month, and soon became the obvious choice to become the Test captain following Nasser Hussain's shock resignation.

His previous achievement against Australia in a 4-1 losing Ashes side, earned him three centuries and Man of the Series award. Led England to a 2-2 series draw against South Africa and then to a Test and one-day whitewash of Bangladesh.

Captained winning England Test side beating the West Indies 3-0 for the first time since 1968 before leading them to a memorable Ashes victory in 2005.
Michael Vaughan's appetite for the game has not diminished in retirement and he helps out at Yorkshire, he is a mentor for England under-19s and has forged a successful broadcasting career with BBC's Test Match Special.
Read More