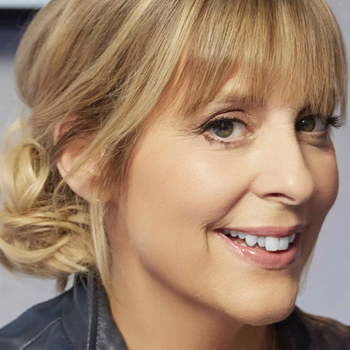 Presenter and comdian Mel Giedroyc is best known for her working alongside Sue Perkins, co-hosting progammes including Light Lunch for Channel 4, the ITV chat show Mel and Sue and the hugely successful Great British Bake Off for the BBC.

Mel and Sue first met while students at Cambridge and were members of the famous Footlights comedy club. The came to the notice of critics at the Edinburgh Festival in 1993, where their act was shortlisted for the Daily Express Best Newcomers Award. Their first TV presenter roles saw them hosting a lunchtime show on Channel 4 called Light Lunch (and also the early evening version, Late Lunch).

In addition to her comedy roles and duets with Sue, Mel has made many TV appearances in her own right, on shows such as Comic Relief Does Fame Academy, Making Your Mind Up (with John Barrowman), What Do Kids Know?, Draw It!, Collectaholics, The Gift, Vertigo Road Trip (a show about people with a fear of heights!) and the game show Relatively Clever. She is also a popular comedy actress and has appeared in The Vicar of Dibley and Miranda as wel as in the pantomime Jack and the Beanstalk at London's Barbican theatre.

But it is as a presenter of The Great British Bake Off, alongside Sue, that Mel has scored her greatest success. Originally on BBC2, the show moved to BBC1 for its fifth series and has gone from strength to strength ever since, winning numerous awards along the way. In 2012 and 2013, Mel hosted two special charity series of The Great British Bake Off for Sport Relief and Comic Relief, featuring celebrities who took part for charity. In 2014, she guest hosted an episode of The Great Sport Relief Bake Off and in 2015, one episode of The Great Comic Relief Bake Off.

Mel is the author of two books on pregnancy and motherhood, From Here to Maternity and Going Ga-Ga.