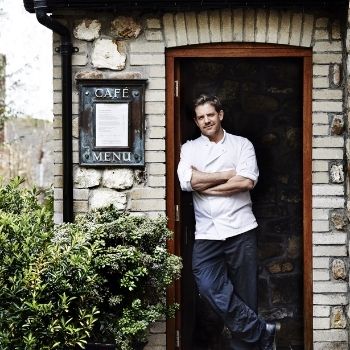 Matt started his career in the RAF but changed career and gained a diploma at Leiths School of Food and Wine in London, before working for some of London’s most prestigious restaurants. He has worked with Marco Pierre White at the Oak Room and Criterion, and Alastair Little who he cites as the greatest influence on his cuisine.

Matt wrote his first solo cook book, ‘Matt Tebbutt Cooks Country’, which featured all of his favourite recipes. His second book ‘Guilty Pleasures’ featured recipies for those “naughty” sweet and savoury pleasures. He is also a regular contributor to Waitrose Kitchen magazine and other food publications.

Matt is a charismatic host for your event.