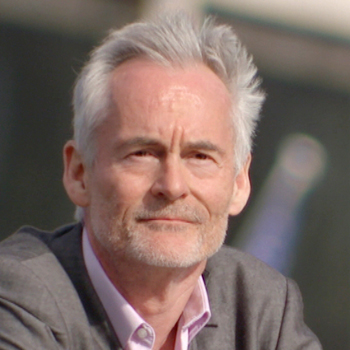 Martin Sixsmith was born in Cheshire and educated at Manchester Grammar School followed by Oxford, Harvard, the Sorbonne and in St. Petersburg, Russia. He was a Slavics Tutor at Harvard and wrote his postgraduate thesis about Russian poetry.
From 1980 to 1997 he worked for the BBC, including postings as BBC correspondent in Moscow (for five years), Washington (four years), Brussels (four years) and Warsaw (two years). He covered the end of the Cold War and also reported from Poland during the Solidarity uprising and was the BBC's Washington correspondent during the election and first presidency of Bill Clinton.
From 1997 to 2002 he worked for Tony Blair's Labour Government as Director of Communications (a civil service post), first with Harriet Harman and Frank Field, then with Alistair Darling and finally with Stephen Byers. He left after raising concerns about the Government's laissez-faire attitude to telling the truth.
He is a writer, presenter and journalist, broadcasting on literature and music on BBC Radio Four and working on the political sitcom series, 'The Thick of It', on BBC TV.
His first book was a novel about near-future politics called Spin published in 2004. His second novel, a political satire entitled I Heard Lenin Laugh, was published in 2005. In 2006 he was commissioned by BBC Radio 4 to present a series of programmes on Russian poetry, literature and art.
In 2008 he worked on two TV documentaries for the BBC exploring the legacy of the KGB in today's Russia and he also presented a BBC radio programme, The Snowy Streets of St. Petersburg, about artists and writers who fled the former Eastern bloc.
In 2009 Martin wrote 'The Lost Child of Philomena Lee' about the separation of a mother from her child by the nuns of an Irish convent during the 1950s, and the subsequent attempts of the mother and child to contact one another. The book was adapted into the film Philomena, directed by Stephen Frears, starring Dame Judi Dench and Steve Coogan (as Sixsmith) for release in November 2013.
In February 2010 he published Putin's Oil, about Russia's energy wars and their consequences for Moscow and the world.
Martin is an experienced conference chair, facilitator, moderator and interviewer. See video footage of Martin with Valery Gergiev at a press-conference at the Russian Embassy  http://www.rusemb.org.uk/video/157
Read More