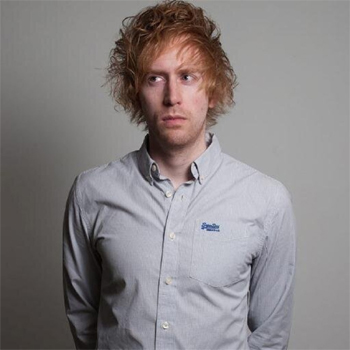 Mark is an exceptional one-liner comedian. It's won him a place in Dave’s prestigious Best Joke of The Fringe in Edinburgh 2017 & 2019. His recent solo shows at the festival, One-Linerer, One-Linererer and One-Linerererer have been huge hits, with sell out shows every day and a nomination for Best Show by the Amused Moose Comedy Award Fringe Show 2017. He can also be seen on the road as tour support for the likes of Rob Brydon, Seann Walsh and Rob Beckett.

He has starred in an episode of Mock The Week! He has also starred in a Channel 4 pilot with Bridget Christie, starring in ITV’s Out There alongside Milton Jones and providing further tour support for Rob Brydon and Rob Beckett.  Mark has also released his own, brand-new podcast – Jokes With Mark Simmons. In each episode, Mark invites a fellow comic such as Sean Walsh, Angela Barns and Nick Helm to discuss their worst material and why it didn’t work. All episode now available (for free!) on Apple, Spotify and Acast.

Mark is constantly on the rise and since being in the finals of several noteworthy competitions, such as Leicester Mercury Comedian of The Year, So You Think You’re Funny and the NATY Award, he has been in high demand for the top UK comedy clubs, such as Glee, Manford’s Comedy Club, Baby Blue and Just The Tonic, headlining the majority of them. Also, he has been recently supporting Seann Walsh, Rob Beckett and Rob Brydon on their national tours, as well as one off shows supporting Michael McIntyre and Jack Dee.

Though far from being a novice to radio, as Mark co-hosts with Seann Walsh the Newish show as well as the Filmish show on Fubar Radio, this year marked his debut on BBC Radio 4 where he guest-starred on the Today Program.He has also appeared on BBC R4’s The Good The Bad and the Unexpected, and become a key fixture in BT Sport’s DIY Pundit

Mark’s TV presence is also growing. As well as recently recording a couple of TV pilots, he has starred in the hit BBC3 documentary One for The Road, where a film crew followed him alongside Seann Walsh on tour in the Scottish Highlands. Also, online, Mark can be seen in his comical web-series, Mark Simmons – The Face Of…