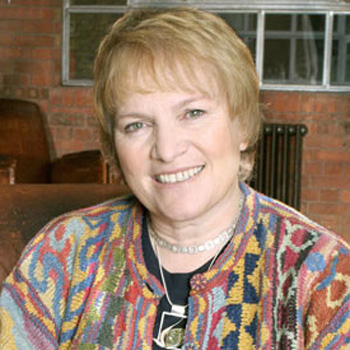 Libby Purves is currently the presenter of Radio 4's Midweek.

Libby was born in London in 1950. The daughter of a travelling diplomat she was educated in Bangkok, France, Johannesburg, Tunbridge Wells and at St Anne's College, Oxford where she obtained a first class honours degree in English Language and Literature.

Libby had a varied journalistic career before joining the BBC in 1971 as a studio manager in Broadcasting House. She went on to become a studio manager for the World Service and then for Radio Oxford where she presented and produced the morning programme.

She became presenter of Midweek in 1983 and also presents The Learning Curve on Radio 4.

In addition to her Radio 4 work, Libby is a major columnist for the Times and has written widely for other publications.

She received the OBE for services to journalism in 1999 and was Columnist of the Year in the same year.

She has written books on childcare and family life which are translated worldwide, and has written eight bestselling novels for Hodder and Stoughton, most recently A Free Woman.

Libby's interests are sailing and travelling. She is married to Paul Heiney.