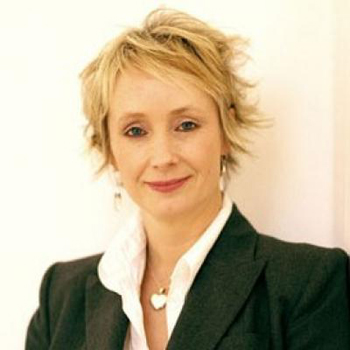 She studied French Cuisine for three years at Ealing College, which included time as a chef at the Waldorf Hotel. During this training period, she won one gold and two silver medals at Hotelympia and was awarded a scholarship to the Hotel Intercontinental, Dusseldorf.

In 1978 Lesley joined Prue Leith's Restaurant and was quickly promoted to position of senior chef. She then worked as a freelance corporate chef and caterer for government officials before joining Leith's School of Food and Wine as an instructor, rising to head teacher. Here she perfected her cookery demonstration and food photography skills. She often represented British food at international cookery displays, taking as her theme 'good food for health's sake'.

She has worked in television since 1989. In addition to GMTV and Bazaar her work has included writing and presenting a series of network Cookery Club programmes for Chrysalis TV, resident cook for Lifestyle Channel and currently for UK Living. In 1992 she teamed up with Malcolm Gluck to present the Superplonk video, the guide to 101 top supermarket wines, produced by Chrysalis.

During 1994 she co-presented a 12 part TV series for Anglia about healthy living, called Bodyworks. She was one of the major presenters of Can't Cook Won't Cook and was a Ready Steady Cook regular. In 1999 she took part in the Ready Steady Cook Roadshow playing to packed theatre houses across the UK. Lesley also co-presents Surprise Chefs for the Meridian region and has guested on Food & Drink, flying to Thailand for the programme to record a number of Thai cooking demonstrations, Celebrity Ready Steady Cook, Light Lunch and the BBC daytime show Who'll Do The Pudding. She was resident chef for the BBC's Weight of the Nation and recorded a series for Carlton Food Network, Flavours From Abroad.