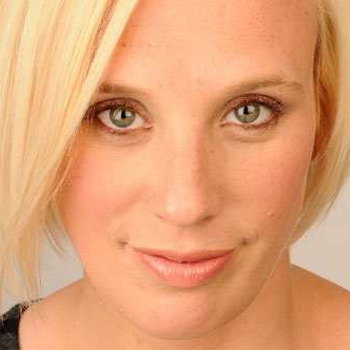 Kirsten is a well-respected television presenter on the BBC and is a regular key contributor on commercial channels including  ITV1 and Five.  Her TV credits include:
Botox Britain Your Face In Their Hands for BBC3
World's Toughest Driving Tests for BBC3
GMTV for ITV1
The One Show on BBC1
Inside Out for BBC1
Celebrity Mastermind for BBC1
Live with Gabby for Five
SM:ART for CBBC
She also wrote and fronted 'Kirsten's Topless Ambition' for BBC3.
With her wonderful charm, energy and patience, Kirsten is an extremely successful and popular host  and is much in demand for corporate events.
The schools concert at the Royal Albert Hall on Tuesday evening was the best yet according to the Event Manager and the general feedback. Kirsten was as usual brilliant, hosting the event and engaging with the children and audience.  Kirsten hosted for Barnardos 2011 and 2012
Kirsten was so lovely and friendly, happily chatting to guests and in particular the children over lunch. We had some major technical problems during the ceremony and Kirsten was wonderful keeping everyone interested and getting children up to talk about their schools, as the presentations they had prepared wouldn't work¦ It would not have felt anywhere near as successful had it not been for Kirsten's flexibility and relaxed approach and we are truly grateful that she was there to help. Kirsten hosted the Church School Awards 2012
A HUGE thanks again to Kirsten for making the tour such an almighty success, and for taking opera to nearly 4000 kids from 35 schools in 21 shows¦ Thank you for being such a wonderful face of it all, and approaching each show with enthusiasm and sparkle. Kirsten hosted English National Opera's Opera Squad School Tour in 2011 and 2012
Read More