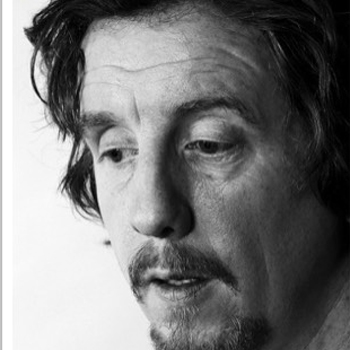 Kevin Precious is a stand-up comedian, MC, promoter and former teacher who has performed his stand-up at top venues all over the country. Combining stand-up with tales of his former exploits as a teacher, he's toured the nations’s arts centres and theatres with his one man stand-up comedy show about teaching entitled ‘Not Appropriate’ which he has also performed at teacher conferences and in schools.

Kevin has had something of a long and varied career in the business of show, making his first tentative foray into the world of entertainment as a teenage bass playing dirt bag in the working men's clubs in Hull. Venturing south, he continued his musical adventures in London playing in all manner of venues, culminating in the legendary Ronnie Scott's on a couple of occasions.

He also played abroad in places as far flung as New York and Reykjavik, as well as an extensive tour of Japan. In the 1990s, Kevin set up a 'Pop Quiz' in a trendy boozer in Camden, frequented by celebrities, which culminated in him being asked to organise and compere the NME's first national pop quiz. His taste for comedy was developing.

Combining the life of a mature student and comedy, Kevin organized and promoted various events in conjunction with Brighton University. He was also involved in the organisation and compering of two series of 'House of Fun' for Meridian TV. Added to this, he MC’d the Sussex heat of the BBC New Acts Competition for four consecutive years.

Working full-time as a teacher and head of department (Religious Studies), Kevin continued his comedy pursuits performing stand up at weekends. Then in 2005, Kevin finally went full-time/professional.

Kevin is the co-founder and regular compere at a variety of ‘Barnstormers Comedy’ venues.