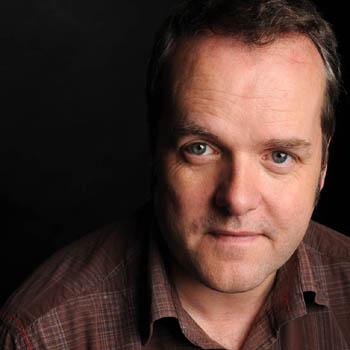 Kevin prides himself on being the only former HR manager working in comedy.  This new career took off for him twenty years ago and since then he has been travelling the world, performing stand up.  'I Was A Teenage Racist' was one of his many notable and acclaimed Edinburgh performances.

He currently writes for several hit TV comedy panel shows including 'Have I Got News for You', '8 Out of 10 Cats' and 'Never Mind the Buzzcocks'.
He also uses his comedy talent to write for a variety of other shows ranging from 'BBC Sports Personality of the Year' to 'The Comedy Award'.  For the theatre he has co-written a history of The Old Vic with Kevin Spacey and directed Arthur Smith's 'Dante's Inferno'.
Kevin can be seen most weeks on BBC2, presenting the filmed inserts for 'Match of the Day2' and he is a regular voice on Radio 4 and 5Live often guesting on The Simon Mayo Show and as part of the love coverage team for the Cheltenham Festival, the coverage of which won a Sony Gold Award.
Kevin has also won the Time Out Comedy Award, a Writers' Guild award for his work with Dave Allen, and the 2007 ProMax award for a series of Christmas promos in which he starred as a very grumpy Santa.
Read More