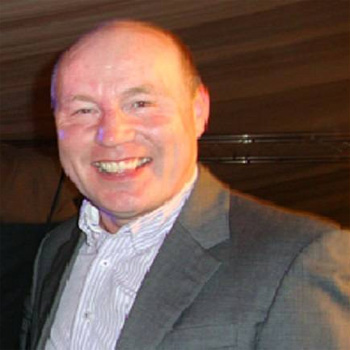 Born in Middlesborough, Kevin found fame while still at school, mimicking his fellow students and, of course, his teachers.  As his turns became more popular, he gained confidence and included a few leading personalities into his repertoire.

While working as restaurant manager in his brother-in-lawÂ¹s hotel near Thirsk, he would entertain his customers at the end of the evening to a small cameo piece, quite unrehearsed, but which certainly delighted the clientele.

It was through this venue that someone asked him to speak at the Yorkshire CCC dinner.  Engagements rolled on from there and eventually he decided to give up his position in restaurant management to become a professional impressionist.

KevinÂ¹s many television credits include BBC's Sports Review of The Year, Des OÂ¹ConnorÂ¹s World Cup Party, The Full Motty, WeÂ¹re On Our Way To Wembley, The Sports Show, ItÂ¹s Just Not Cricket With Rory Bremner, Saint & Greavsie and The Pavilion End.  He was also given his own show on Tyne Tees TV in 1999.  Kevin was part of Talk RadioÂ¹s World Cup team for France 98 and has appeared in the last 4 series of BBC Radio 4Â¹s Dead Ringers.  He is in great demand for corporate events and sportsmenÂ¹s dinners.

Kevin's impressions are not limited to sporting personalities and his extensive repertoire includes politicians and television characters.  Richard Littlejohn wrote in his Sun column that Kevin did a "wickedly accurate impression of Tony Blair".

The evening was a huge success and our clients all thoroughly enjoyed Kevin's impressions. He was a pleasure to have at the meal and really entertained us, we will highly recommend him for anything similar in the future.  Apollo Property Services Group, conference dinner  June 2010
"The evening was a great success for us and feedback from guests is excellent. I will certainly be recommending Kevin to anyone who is looking for an after dinner speaker, he was superb!"
Kevin Spoke for NOF Energy in December 2009
Read More