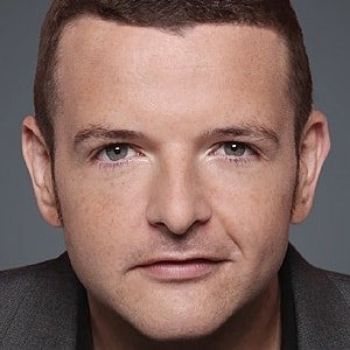 Glaswegian Kevin Bridges' natural gift for comedy ensured he quickly became a regular at major comedy clubs up and down the country including The Comedy Store, The Stand, The Glee Club, and Jongleurs.
In 2005 he reached the finals of Channel 4's 'So You Think You're Funny?' and in 2006 he performed his first full length solo show at the Glasgow International Comedy Festival, to a sold out audience and much critical acclaim. Moving into bigger venues every year, Kevin continued to sell out his hometown festival in 2007, 2008 and 2009.
As well as a strong hometown following, Kevin's style of observational, cutting edge comedy has been hitting the comedy spot for audiences all over the globe. He has performed in Ireland, Holland, Belgium, Switzerland, Germany, Spain, USA and Canada along with tours of the Far East and Middle East.
Kevin appeared on "The World Stands Up" and "The Comedy Store" which led to his first big TV break as a guest on the first series of "Michael McIntyre's Comedy Roadshow" on BBC1, which was seen by over 5 million viewers. This led to Kevin being the fastest act to sell out all 28 nights of his 2009 Edinburgh Festival run, and adding a staggering 15 extra shows, which also sold out! A favourite with the punters but also the critics, Kevin received 5 star reviews and a nomination for the prestigious Edinburgh Comedy Awards "Best Newcomer".
Kevin's astonishing rise to success has continued. He recorded his debut DVD at a sold out Glasgow SECC arena in front of 10,000 fans, became a regular on hit new comedy show "Stand Up For The Week" (Channel 4), headlined the first episode in the second series of "Michael McIntyre's Comedy Roadshow" (BBC1) and also hosted an episode of the sixth series of "Live At The Apollo".
This culminated in having his own show.
Read More