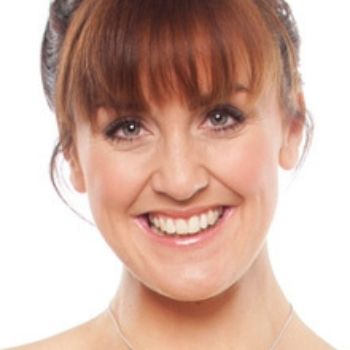 Katy Ashworth is a very well known and loved face to thousands of children and their families across the UK and the rest of the world.

Her connection with younger generations has given birth to her successful career in children’s television presenting, live entertaining and storytelling. She is best known presenting on the BAFTA award winning TV channel Cbeebies, on which she presents one of the channel’s flagship series ‘I Can Cook’. The show encourages children under the age of six to get cooking and learn where their food comes from. Katy encourages the children on screen through music, general silliness and imagination.

She has also become known over the last six years for her daily appearances presenting the links between the shows in the Cbeebies house, a role which sees Katy doing anything from being a dancing lobster to reading a calm bedtime story dressed as a fairy.

Katy has also appeared on various other CBeebies shows including Justin's house, the CBeebies pantomimes and the CBeebies prom. Other TV appearances include Blue Peter and Celebrity Mastermind.

As well as TV presenting Katy is an accomplished actress, entertainer and singer. She has taken the lead in numerous pantomimes, performed in front of 8000 people at Wembley on the Cbeebies live tours, presented live ‘I Can Cook’ shows in Butlins resorts and worldwide. Katy has also performed her live one woman interactive slapstick show for children at hundreds of theatres, festivals and other events in the UK and internationally, she also sings with a 12 piece soul band for kids and has recently begun writing stories for young children and performing at various storytelling events around the country.

Katy is a keen globe trotter and travels regularly around the world with her two year old son in tow. Never one to turn down a challenge she reached the summit of Kilimanjaro in 2012 whilst raising funds for charity. This year she has run the tough mudder and ran 10k around London dressed as an elephant for the David Sheldrick Wildlife Trust.

Her natural bond with children has developed through 9 years’ experience as a children’s themed party entertainer, 5 years’ experience teaching under sixes drama and running children’s’ choirs in schools across the UK. Katy achieved a first class degree in Drama from the University of Exeter and has trained at Jaques le Coques in France and in Commedia dell’arte in Italy. She has run several adult and children choirs including Rock Choir (as seen on BBC1), The Exeter University Soul choir and the Bristol Children’s choir.

She is the proud Mum to her young son Charlie and spends her spare time immersed in her family, friends, music and travel.