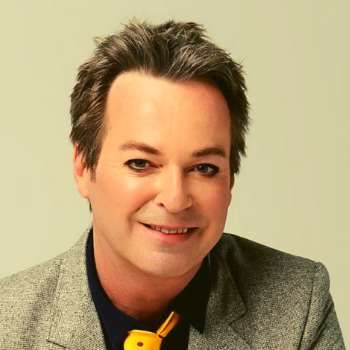 Since graduating from Goldsmiths College University, London in the Eighties with a degree in English Drama, Julian Clary has gone on to become one of the country's most recognisable entertainers, and during his 25 years in showbusiness has turned his hand to comedy, acting, presenting, writing and even performing as a novice dancer on the BBC's Strictly Come Dancing, where he reached the final.

Julian has appeared on television programmes ranging from Friday Night Live (Ch4), Sticky Moments and Terry and Julian, It's Only TV But I Like It, four ITV Christmas pantomimes, The National Lottery Show, Come And Have A Go and Who Do You Think You Are? for BBC1.

He has toured the United Kingdom, Australia and New Zealand many times and also appeared in Boy George's memorable West End musical, Taboo and as the Emcee in Cabaret at London's Lyric Theatre. His indelible impact on the entertainment world was recognised in 2001 when he was awarded 'the big red book' by Michael Aspel on This Is Your Life.