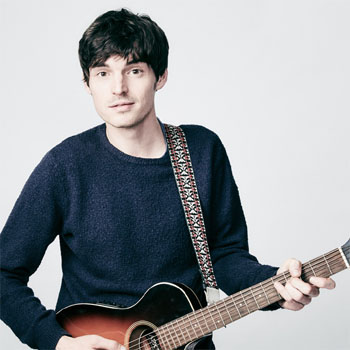 Jon Long is a stand up and musical comedian. His laid-back style and sharp writing have seen him find success in several new act competitions including the following: Winner of the Musical Comedy Awards Audience Favourite Act 2016, Winner of The Comedy Store King Gong 2015, 1st Runner Up - Brighton Comedy Festival New Act of the Year 2015

Jon is an affable, warm, and quick-witted host and compere. He performs at all of London’s best clubs.

Jon’s background is in education, working with London councils to teach both schools and local residents about waste and recycling, promoting a circular economy, and detailing the knock on effects of our take, make, dispose culture. His critically acclaimed debut Edinburgh solo-show ‘Planet-Killing Machine’ was on this topic.

Jon currently provides tour support for Chris MacCausland (Live at the Apollo, Would I Lie To You, 8 out of 10 Cats does Countdown, Have I got News For You etc.), in 2018 he was the host for the prestigious AAA Showcase in Edinburgh, and has acted as host for a variety of events; ranging from charity auctions and fundraisers to work conventions and awards ceremonies, as well as after-dinner speaking.

"What a warm, witty, human being. He compered and also stood in as auctioneer at our event and was fantastic. He stepped in at the last minute and lifted the whole event onto an entirely higher plain and our supporters and sponsors responded accordingly. We’re very grateful to him professionally and personally, he made us weep with laughter, while also keeping pace and momentum. Brilliant.”