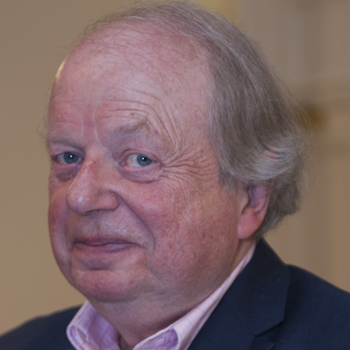 John Sergeant is now a freelance broadcaster and writer. After his best selling memoirs, 'Give Me Ten Seconds' he has written another book - on the last part of Mrs Thatcher's career. "Maggie: her fatal legacy." He is a frequent guest on light entertainment shows. In March 2005 he appeared with Goldie Hawn and John Travolta on ITV's 'Parkinson.' He has twice chaired the popular BBC satire show 'Have I Got News for You', has taken part in the BBC2 programme 'The Big Read' (he promoted Catch-22) and The Best British Sitcom (Blackadder).

He appeared with Paul Merton in 'Room 101.' He has also been a guest on many Radio 4 shows, including the News Quiz, and Quote Unquote. He has taken part in the "With Great Pleasure" series and toured the country with his one-man show, 'An Audience With John Sergeant.'

Until the end of 2003 he was Political Editor of ITN, having spent three years with ITV. Before that he was with the BBC for 30 years, starting as a general reporter and then specialising in political journalism. For 12 years he was the BBC's Chief Political Correspondent. He has presented the World at One, Today and PM on Radio 4.

John was educated at Millfield School in Somerset, where he was taught English by the playwright Robert Bolt, who also wrote scripts for many highly-regarded films, including Lawrence of Arabia and Doctor Zhivago. Later John went to Oxford and immediately after graduating joined Alan Bennett in his comedy series 'On the Margin.' It won the Comedy of the year award. In 1967 John became a trainee reporter at the Liverpool Daily Post and Echo. From here he joined the BBC as a Television and Radio news reporter and covered stories in more than 25 countries. John's assignments included covering events in Vietnam, Rhodesia, Northern Ireland, the Turkish invasion of Cyprus and the Israeli invasion of Lebanon, He was also senior correspondent in Dublin, Paris and Washington.

In 1990 John won a Press Guild Award for the most memorable outside broadcast: Margaret Thatcher interrupted his report outside the Paris Embassy to announce her participation in the second round of the Conservative Party leadership ballot. He also won the National Viewers and Listener's award for the broadcasting personality of the year in 2000.

His memoirs, Give Me Ten Seconds, were described by the Independent on Sunday as "an all-time rip-roaring read". It was in the best-selling charts for six months and sold more than 300,000 copies. His latest book Maggie: Her Fatal Legacy was serialised in The Sunday Times and has been widely praised.

He is in great demand as an after-dinner speaker and as a presenter of awards, and appeared, to great public response, on BBC's Strictly Come Dancing in 2008.
"John was an absolute hit with all our members and a delightful man to meet. We have had unanimously positive feedback on how enjoyable the speech and then the Q+A session went and the timings were absolutely spot on. It was an absolute pleasure to meet you and chat over lunch." CEO, PLASA  John spoke at the PLASA Annual General Meeting & Lunch - May 2013
"John's performance on Wednesday was terrific and hugely entertaining. He held an audience of 600 people like no other performer or comedian we have booked for this event previously. There wasn't a sound in the room when he was on stage." John spoke at a renewable energy conference in October 2012
"John went down really really well with our audience. He delivered a speech that contained humour, content and humanity, he was incredibly relevant and left the audience wanting more, which to me is always a good sign. The best speeches are like the best theatre. You can make the audience laugh and also you can touch them, which John did to great effect."  Praise for John's speech at the Association of Financial Mutuals AGM Dinner - October 2012
"The feedback from our event was great.  John went down really well. We really appreciated the time he took to talk to the guests, including staying after his speech to mingle and have a drink."
John gave the after dinner speech at CISI Manchester's Annual Dinner - October 2011
Read More