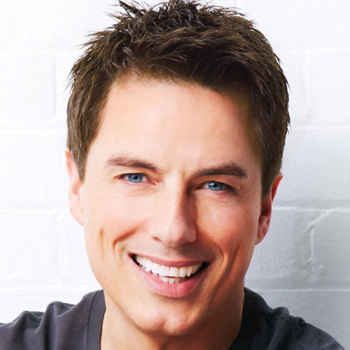 John Barrowman is an Entertainer with a capital E. He sings, he dances, he acts, he presents, he judges - he is a unique talent in the British entertainment industry.
Born  in Glasgow, John studied musical theatre in California, having moved to the States as a child with  his family.
Back in the UK he studied Shakespeare and landed his first professional role starring as Billy Crocker opposite Elaine Paige in the Cole Porter musical Anything Goes. John's career as a leading man has gone from strength to strength taking starring roles in  many West End shows, including Matador, Miss Saigon, The Phantom Of The Opera, and Sunset Boulevard. He has also reprised the role of Joe Gillis in Sunset Boulevard on Broadway. He received a 'Best Actor in a Musical' Olivier Award nomination for his performance in Sam Mendes' The Fix at the Donmar Warehouse,and in 2002 reprised the role of Billy Crocker for the hugely successful National Theatre revival of 'Anything Goes'.
He appeared as Albin/Zaza in the Menier Chocolate Factory's award-winning West End production of 'La Cage Aux Folles' winning the 2010 What's On Stage award for "Best Take-Over in a Role".
He played Peter Williams in the Aaron Spelling series Titans for NBC and starred in Darren Star's Central Park West for CBS. He returned to US television with a five-episode guest-starring role on ABC's Desperate Housewives. He has also been cast in the recurring role of the mysterious "Well-Dressed Man" in Arrow, based on the Green Arrow comic books, for The CW network in the US.
In the UK he is probably best known as sci-fi hero Captain Jack Harkness, in Dr Who spin off series Torchwood.The show achieved the best viewing figures ever on BBC America and has been broadcast around the world.
On the big screen, John has appeared as the Lead Tenor in The Producers, as Jack in the Cole Porter biopic De-Lovely and starred in cult classic Megalodon: Shark Attack 3.
John has also hosted his own primetime Saturday night BBC1 entertainment show, Tonight's The Night, in which he makes people's performance dreams come true.Other shows he has presented include The Kids Are All Right, BBC's Live and Kicking, Children in Need for BBC Wales in 2008 and for BBC Scotland in 2010, and Keys to the Castle for US channel HGTV. In 2008, John was the subject of a BBC documentary, The Making of Me, in which he underwent tests and researched the science of homosexuality. He also hosts the children's show, Animals At Work, which is broadcast on BBC2 and CBBC.
John was also a judge on BBC1's Saturday night shows searching for new West End stars (How Do You Solve A Problem Like Maria?, Any Dream Will Do and I'd Do Anything), competed in celebrity skating show, Dancing on Ice, stood in to present Elaine Paige's BBC Radio 2 show and has guested on numerous television chat and panel shows. On Christmas Day 2010, he was one of five celebrities competing to win the Strictly Come Dancing Christmas Special, partnering Kristina Rihanoff to victory with a sparkling quickstep.
John embarked on his third concert tour in October 2010 to promote his self-titled album "John Barrowman", his third solo CD with Sony following on from 2008's Another Side (which brought John a Gold Disc) and Music Music Music in 2009. He toured the UK and Ireland again in October and November 2011 to promote his CD, The Very Best of John Barrowman, which was released on 5 September 2011. In June 2012, he performed at open-air concerts in Scarborough and Glasgow, and at the Hampton Court Palace Festival.
In December 2010, John returned to his Scottish roots for his sixth panto outing, reprising the role of Aladdin at the Clyde Auditorium in Glasgow. John again returned to Glasgow for the 2011-12 pantomime season to star as Robinson Crusoe in Robinson Crusoe and the Caribbean Pirates and will be back at the Clyde Auditorium for the 2012-13 season when he stars in Jack and the Beanstalk.
In collaboration with his sister, Carole E Barrowman, John has released two volumes of his autobiography, Anything Goes and I Am What I Am, published by Michael O'Mara Books. In January 2008, Anything Goes reached number 2 in the Sunday Times bestsellers' list and remained in the list for twelve weeks. A sci-fi/fantasy novel for young adults, Hollow Earth, co-authored by John and Carole, was published by Buster Books on 2 February 2012, with a second novel in the series due out in 2013. John and Carole are also collaborating on a Torchwood novel, Exodus Code, which will be published in the UK in September 2012.
John's multiple talents continue to delight audiences whether members of the Royal Family at the Royal Variety Performance, full houses at his pantos and concert tours, sci-fi fans or Saturday night TV viewers. As he says in closing his first book:
"My show's not over. Stay in your seats. This is only the intermission."
Read More