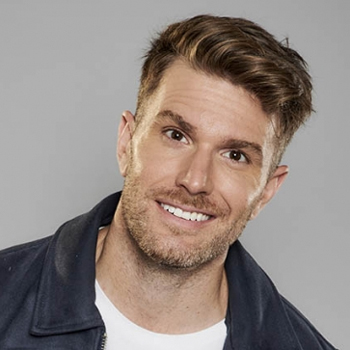 Young, sharp and clever, Joel has a host of acting and comedy performance credits to his name.
He is currently the host of ITV's hit show "The Masked Singer" and was a finallist in 2017 on "I'm a Celebrity Get me Out Of Here!"
He has had a hugely exciting career since starting stand up comedy in 2007. He was the face of MTV in 2012 and presented their daily news bulletins.  He also worked on the live new Channel 4 aftershow, Live in Chelsea, How to Survive a Disaster Movie (Channel 5) and the hugely successful Impractical Jokers (BBC3).
Joel  Dommett is also one of the fastest rising stars on the UK comedy circuit
and has performed stand up on Russell Howard's Good News on BBC Three.
Joel can perform for your event remotely also! Feeling fed up? Sluggish? Joel will cheer you up with jokes, some interesting facts and some exercise… if you’re cross, but you want to be fit - try some cross fit with Joel.
Read More