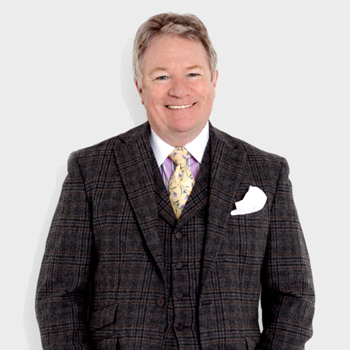 Jim Davidson had his first taste of entertaining at the age of 12 when he was chosen to appear in Ralph Reader's Gang Show at the Golders Green Hippodrome, telling gags and doing impressions.

But a year later he became disillusioned with showbusiness after failing the audition for the part of the Artful Dodger in the movie Oliver.

He found his way back to the stage when he along to a pub in Woolwich where the regular stand-up hadn't turned up. Persuaded by his friends, he ended up on stage - the start of a career in London's pubs and clubs.

His 1976 New Faces win propelled him to TV, followed by his own show and a couple of sitcoms before becoming a game show host with Big Break and The Generation Game.

Davidson is an ardent supporter of British troops, and frequently travels abroad to entertain them. He has made four visits to the Falkland Islands and in 1999 he travelled twice to Macedonia, In the same year he launched the British Forces Foundation charity. He is also a theatre producer, backing such West End hits Buddy and Great Balls of Fire, as well as pantomimes throughout the UK. He regularly tours with his record-breaking adult stand-up shows and he recently completed a hugely successful tour in Australia.

He has a number of writing projects underway, including a cook book and a novel and he has just written his debut play, "Stand Up And Be Counted", which follows a chain of events when two opposite ends of the comedy spectrum collide in the dingy, cramped dressing room of a charity fundraising event.
In 2012 Jim re-wrote his adult panto "Sinderella" with a Scottish twist, and performed as 'Buttons' at The Glasgow Pavilion, "Sinderella - The Scottish Romp."
Read More