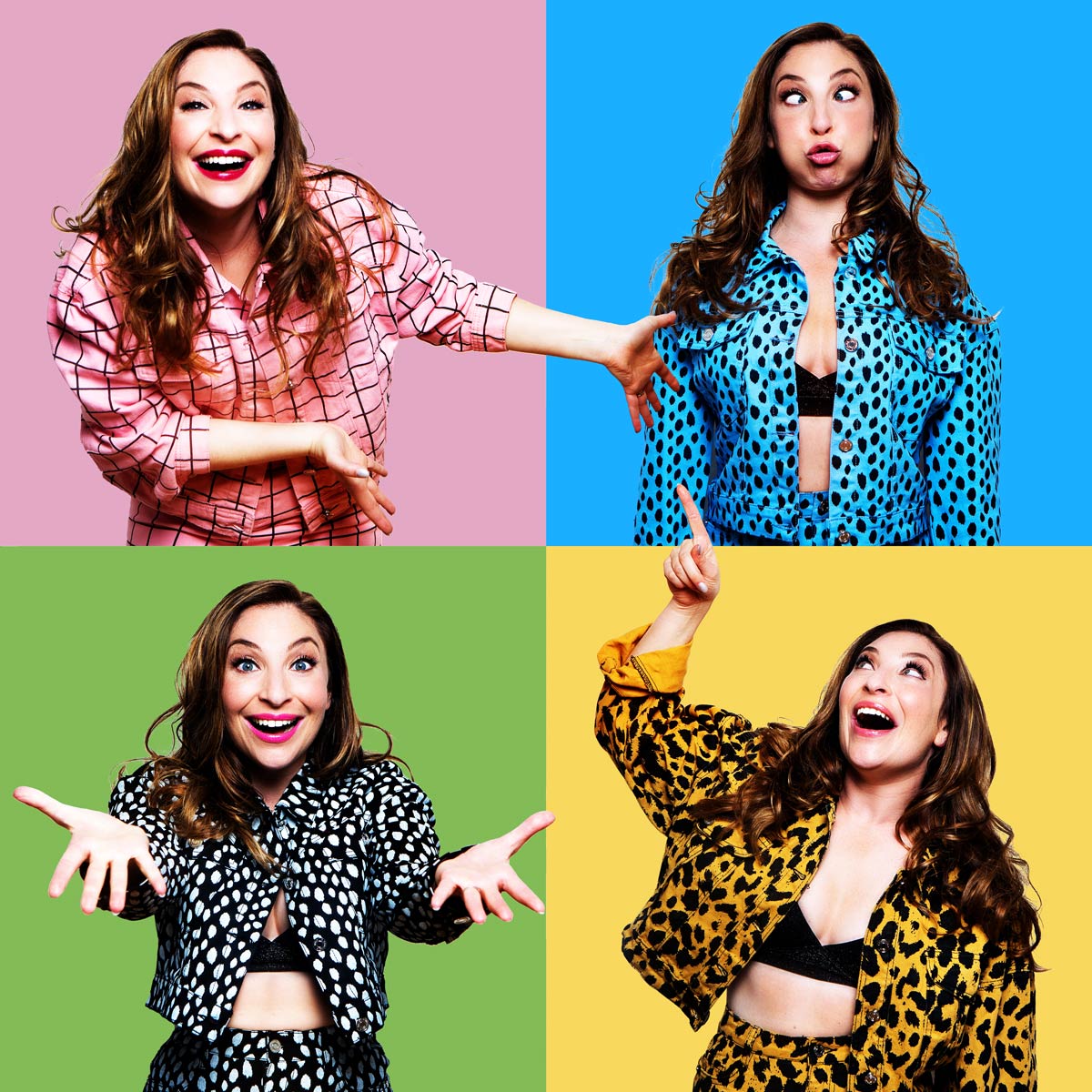 Jess also has clips available for license as part of the Virtual Cabaret in a Box - more info here.
Actress, impressionist, singer and voiceover artist - A quadruple award-winning comedy impressionist and classically-trained singer, Jess Robinson has returned to the Edinburgh Fringe with a new show every year since 2014; her latest, the wildly successful NO FILTER, having just rounded off a critically-acclaimed, nationwide tour throughout 2019.

Alongside her stage work, playing the title role in Jim Cartwright’s Little Voice and joining The Guilty Feminist on their UK tour and at the Royal Albert Hall, Jess has appeared on TV shows as far reaching as CBBC’s hit Horrible Histories, The Impressionists Show (BBC 1), The Last Leg (C4), The Week That Wasn’t (Sky 1), Don’t Hate The Playaz (ITV) and The Imitation Game (ITV). Her voice can be heard on the podcast circuit, with well-loved guest spots on The Horne Section, Standard Issue, Reasons To Be Cheerful, Love Island: The Morning After and Richard Herring’s Leicester Square Theatre Podcast, as well as in the recently-released Horrible Histories: The Movie, and on an array of UK and US animations including; Dreamworks’ Noddy, Bat Pat and Lucky Fred, various adverts for the Disney Channel, Cartoon Network, BBC 4 and CBeebies, and numerous video games such as Anno 1404, Risen, Book Of Unwritten Tales and Randy.

In 2017, Jess also appeared on Britain’s Got Talent, making it to the live shows, with her audition video becoming a viral sensation, clocking up millions of online views.

A popular interactive musical impressionist for corporate events, Jess injects energy and fun with her 'Wheels of 64 Tunes'. By spinning each of two wheels (one of artists' names and one with song titles) Jess performs the often bizarrely humorous end result! She can give her audience Kate Bush in 3 minutes or The Sound of Music in 2 minutes.  She can also tailor an original song to suit the occasion, which can certainly enliven a corporate event and add a stamp of originality.
Read More

Edith Piaf does Bon Jovi, Katherine Jenkins does Bohemian Rhapsody and Julie Andrews sings All About the Bass

A star is born