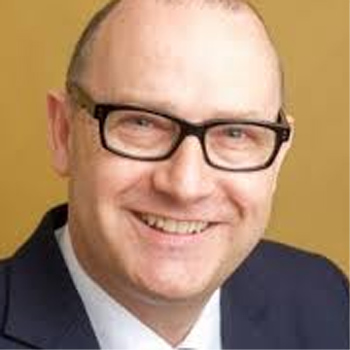 A well known voice on the after dinner circuit, Jeremy also is an accomplished host of business events working for clients such as IBM, Carling, Ericsson, EA Sports, Bobby Moore Fund and Samsung. He's spoken at the last three international  conventions of the Professional Speakers Association.

As well as writing columns for various magazines, Jeremy is the co-author of MediaMasters with Alan Stevens, available on Amazon since May 2009 along with Mr Moon Has Left The Stadium Confessions of a Matchday Announcer published by Biteback in 2011.

Jeremy is also the director of Talking Toolbox which teaches speaking skills for TV, radio and live audiences.

As a compere Jeremy facilitates and introduces events for major organisations, available to host conferences or awards.

Jeremy has been the stadium announcer at West Ham United FC since 1998. He's also worked for the Football Association, announcing at England internationals at full level and England under 21, under 19 and under 17 level, FA Vase Final, FA Trophy Final, Women's FA Cup Final, the Play Off Final at the Millennium Stadium in Cardiff and for the Rugby Football League for the Challenge Cup Final at Twickenham.

He won a Sony Award for his breakfast show on  BBC Greater London Radio and a New York Academy Award for his live commentary on the Hillsborough disaster for BBC Radio Nottingham. He also presented The World Today on the BBC World Service, afternoons on  BBC Radio 5 Live, You Cannot Be Serious and Sick As a Parrot for BBC Radio 5, Call the Doc and Time Smart for Talk Sportand Jeremy Nicholas in the Afternoon on GLR.

On TV he was the face of television sport for the first two years of Channel 5 fronting live European and World Cup football, Live and Dangerous, Turnstyle and Sick as a Parrot. He's also presented sports shows on ITV and Sky and is currently a freelance news reporter working for BBC TV.