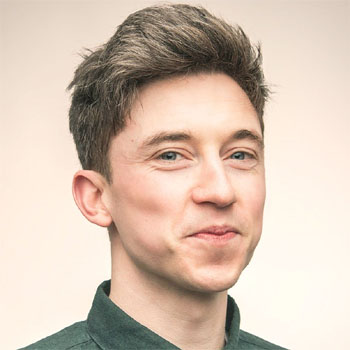 Jake can now be seen performing his combination of one-liners, short stories and strange thoughts in comedy clubs, universities and theatres across the UK as well as still making his ever-increasing Twitter following laugh.

Jake has been incredibly busy supporting Seann Walsh, Kerry Godliman, Tom Allen and Rob Beckett on their UK tours as well as writing on Mock The Week, The Now Show, News Quiz, Virtually Famous, Bake Off: The Professionals and Chicken.

Jake can perform virtually for you at any event:

Joke Bingo
- A live comedy gig with a difference. He reads out some of his favourite one-liners and jokes, with each person being given a bingo card with punchlines on. A classic bingo-style game with added humour.