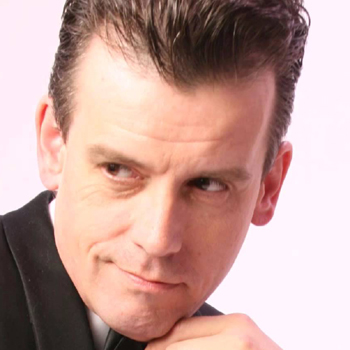 So is this guy really London's number one Frank Sinatra tribute artist? Well, Sinatra's life spanned almost the entire twentieth century, and when he left, he left behind a legacy of a million billion fans, five generations of music lovers and more to come, who'll forever look to the stars and remember the greatest interpretative romantic, ring-a-dinging swinging jazz voice that ever lived. And some miss him so much, they can't help but endeavour to recreate the magic of Frank Sinatra in their own lifetimes, for new audiences. One such proponent is Mr Jack Valentine, Sinatra impersonator, and one of the key figures and corporate catalysts behind the burgeoning new supper club lounge scene that's putting the swing back into London town in this 21st Century, and I mean swing baby. More than just a lookalike act, this guy's a singer - He can sing!

Jack's a regular on the London scene, enjoying residences at The Savoy, Pizza on the Park and many more. He's also in demand in the corporate market having performed for the likes of Virgin and Centaur events, and has recently released an album of love songs entitled Love Moods.

"Jack was excellent on the night and everyone seemed to really enjoy his singing¦he even managed to get quite a few guests up dancing! "
Entire Affair - June 2008 Jack sung at the Suffolk Press Ball

The Lady is a Tramp (audio)