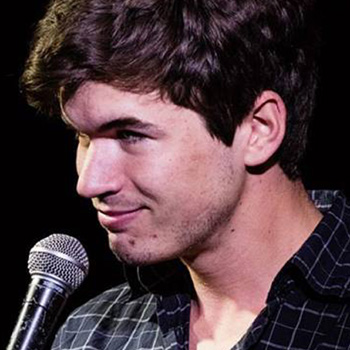 Apologetic Eton and Oxford alumnus Ivo started stand-up in 2009 at the age of eighteen. Eight months later he was the youngest ever winner of the prestigious So You Think You're Funny award for new acts at the Edinburgh Fringe.
The following year he was nominated for Chortle Best Newcomer and Leicester Mercury Comedian of the Year, and performances at Montreal's Just For Laughs Festival and the Hollywood Fringe followed.
Since leaving university in 2012 Ivo has been a regular fixture in the clubs and theatres of the UK comedy circuit, with his gauche charm and crafty, self-aware wit.
He has appeared on BBC3's Edinburgh Comedy Fest Live, Comedy Central's Live at the Comedy Store, and various shows on BBC Radio 4, Five Live, and XFM.
His solo shows at the Edinburgh Fringe - Binoculars in 2013, Bow Ties & Johnnies in 2014 and No Filter in 2015 had sell out runs.
"One of the best young comedians around"  Time Out
Read More