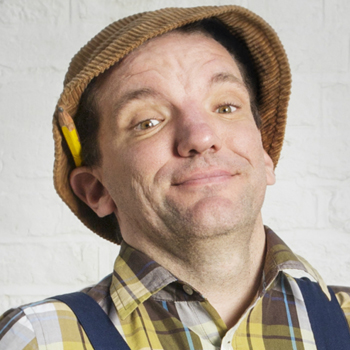 Henning Wehn is a German stand-up comedian based in London.
The self-styled "German Comedy Ambassador in London" began his career in London as a "warm-up act" to established British comedians.
He now has his own act on the British comedy circuit and is a regular on the TV comedy programme 'FAQ U' (Channel 4) and has also appeared on BBC Radio 5  Live's show 'Fighting Talk' and the Radio 4 programmes 'The Unbelievable Truth', 'Act Your Age', 'The Now Show' and 'The News Quiz'.  He has also been a guest panelist on BBC2's series 'QI'.
Henning Wehn's act plays on the British stereotype of Germans and their supposed efficiency and punctuality (he often goes on stage wearing a stopwatch around his neck) and lack of sense of humour. A large part of his routine is based around comprehensively analysing and explaining his punchlines and jokes in the smallest detail.
In 2004 Henning released a CD titled 'What happened there....' and two DVDs are also available 'Four World Cups And One World Pope' and '1000 Years of German Humour.'
Read More