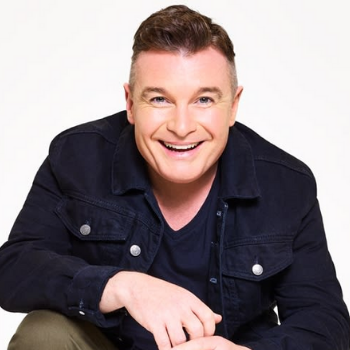 Greg is an award winning comedian and radio presenter who has worked on  shows such as "Have I Got News For You" and "The Catherine Tate Show", as well as appearing in "The Office Christmas Special" in a part written specifically for him by Ricky Gervais.

Other credits include hosting The Teenage Cancer Trust gigs at The Royal Albert Hall (including a notable stand up performance with Russell Brand), a special appearance in London’s West End in the smash hit musical Priscilla Queen of The Desert in 2009 and hosting the Summertime Ball in front of a capacity crowd at Wembley Stadium, which involved him introducing the likes of Cheryl Cole, Rihanna and Usher alongside Johnny Vaughn and Lisa Snowdon. Greg also co-hosted The Variety Club Awards for Channel 5.

With over fourteen years working on the comedy circuit, Greg Burns is a favourite booking for corporate events for his playful humour and infectious charm.

Greg moved to Australia to host mid-mornings on Nova in Sydney in 2016 but returned in 2019 to host “Hits Radio” Weekend shows. He's now gone back to his love of comedy.

"As loveable a comedian as you're likely to find. Confident, funny and clever." The Sunday Times

"Quick-witted and lively compere Greg Burns did a fantastic job sparring with a rowdy and vocal midweek crowd with a series of sharp comebacks and a fine routine packed with unexpected punchlines." The Comedy Star

"An assured, affable performer with some top-notch routines, cheeky Burns is a solid addition to any comedy bill." Chortle