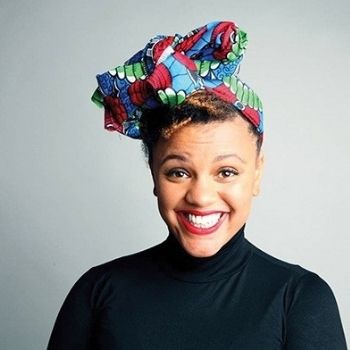 Since graduating from BBC Radio 1 in 2016, Gemma has successfully migrated to BBC 6 Music and BBC Radio 4. The third series of The Leisure Society is currently in production for BBC 6 Music, and Gemma’s latest four-part series The Sound Odyssey, where she accompanied four well-known British Artists as they took part in musical collaborations in four different countries around the world, aired on BBC Radio 4 earlier this year.

Her acclaimed television documentaries include: The History of Feminism (BBC2, BBC Learning), Riots: The Aftershock and Dying for Clear Skin (BBC3). Gemma has also presented the BBC’s Glastonbury Festival coverage and co-hosted BBC1’s New Year’s Eve coverage which had more than 12 million viewers.

She also made royal history by hosting a live Google hangout from Buckingham Palace for The Queen’s Young Leader project alongside HRH Price William and HRH Prince Harry.

In 2016 Gemma co-hosted the BBC Music Awards on BBC1 alongside Claudia Winkleman and Fearne Cotton.

As well as presenting shows, one-off’s and specials at BBC Radio 2, 3, 4, 4
Extra, 6Music and BBC World Serviceall the while, including travelling to Mali with Damon Albarn’s ‘Africa Express’ and winning multiple awards; She is also founder of boutique production company – Boom Shakalaka Productions.

As an ambassador for Oxfam, Gemma runs Oxfam’s Rumble in the Jumble celebrity jumble sale which has raised more than £60,000 across the past two years and also lends her support to Women’s Aid.

“Gemma has always made me smile. She’s a radio natural: upbeat, engaging and knowledgeable about music.”

“This talented young woman is an absolute dynamo. Gemma is absolutely brilliant! Long may she continue to use her voice to such a powerful effect”

“I co-hosted a show with Gemma for about 2 of the longest years of
my life but they were the funniest.”